About Chrysta Wilson, author of Kiss My Bundt - Life of Reiley
Skip to content 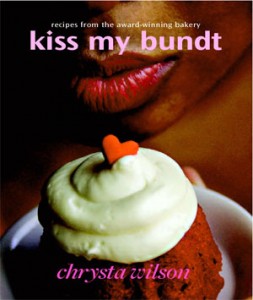 Chrysta Wilson grew up in the South where made-from-scratch desserts reigned supreme. She started her first bakeshop at the age of seven using her Easy Bake oven–bundt cake came later. Before returning to her first occupation, Chrysta earned a Bachelors Degree in Public Policy and a Masters Degree in Public Administration and Management from the University of Southern California.

Affectionately dubbed “The Bundt Babe,” for her life-long love of bundt cake, Chrysta started Kiss My Bundt Bakery in honor of her mother and the two aunts who nurtured her entrepreneurial spirit and love of baking.  At Kiss My Bundt, this Los Angeles transplant was best known for her Californian spin on the Southern dessert, lightening up traditional bundt recipes and creating cakes in modern, innovative flavors.  Although Kiss My Bundt has since shut its doors Chrysta still continues to create her award-winning desserts for private clientele. 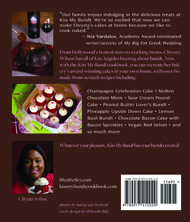