Amy Reiley, author of Romancing the Stove - Life of Reiley
Skip to content 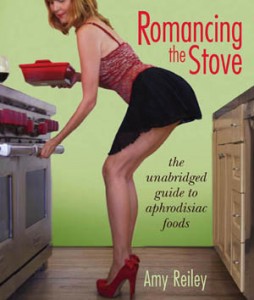 Amy Reiley has been recognized as a leading authority on aphrodisiac foods by publications as varied as National Geographic and the London Times. Creator of EatSomethingSexy.com, she was the second American to earn a Master’s Degree in Gastronomy from Le Cordon Bleu, focusing her dissertation on the relationship between food and sex in American pop culture.

Reiley has appeared as an aphrodisiacs expert on television and radio programs from The Today Show to NPR’s Wait Wait…Don’t Tell Me! She has also been a guest on various food-related television specials, including two series on Playboy TV–you’ll recognize her as the one wearing clothing.

In addition to her quirky niche, Reiley is noted as an internationally published wine journalist and critic. She consults with wineries and restaurants on pairings, cocktail development and aphrodisiac-inspired events. The founder of Life of Reiley, Amy is the proud publisher of niche market cookbooks, including the critically acclaimed Fork Me, Spoon Me: the sensual cookbook and Amazon bestseller, Kiss My Bundt. 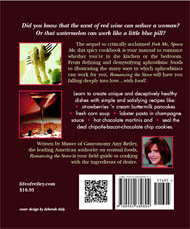