About Amy Reiley, author of Fork Me, Spoon Me - Life of Reiley
Skip to content 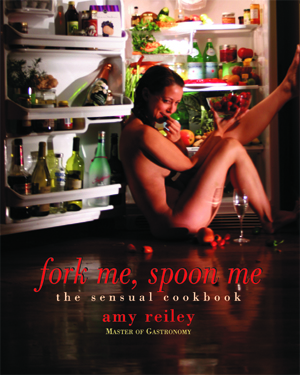 If you get right down to it, Amy Reiley is a big food geek. In August 2004, she became the second American to earn a Master of Gastronomy from the French temple of cuisine, Le Cordon Bleu. During her research at Cordon Bleu Amy grew to notoriety as an authority on aphrodisiac foods.

Amy has been invited to speak on her “consuming passion” through major media outlets including The New York Times, CBS News, BBC and the Today Show. Her Eat Something Sexy website, www.eatsomethingsexy.com and Amy’s monthly e-newsletter, Amy Reiley’s Aphrodisiac of the Month are considered the online authorities on aphrodisiac food history and science.

In June 2005, Amy was singled out as one of the five best female wine professionals in the world by France’s Wine Women awards. And she is the creator of the award-winning Amy Reiley’s Pocket Vineyard and the companion Amy Reiley’s Pocket Gourmet, the first comprehensive PDA programs on food and wine.

In addition to promoting both books, Amy speaks, writes and consults on various food and wine topics. 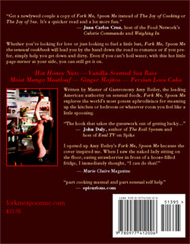 buy Fork Me, Spoon me