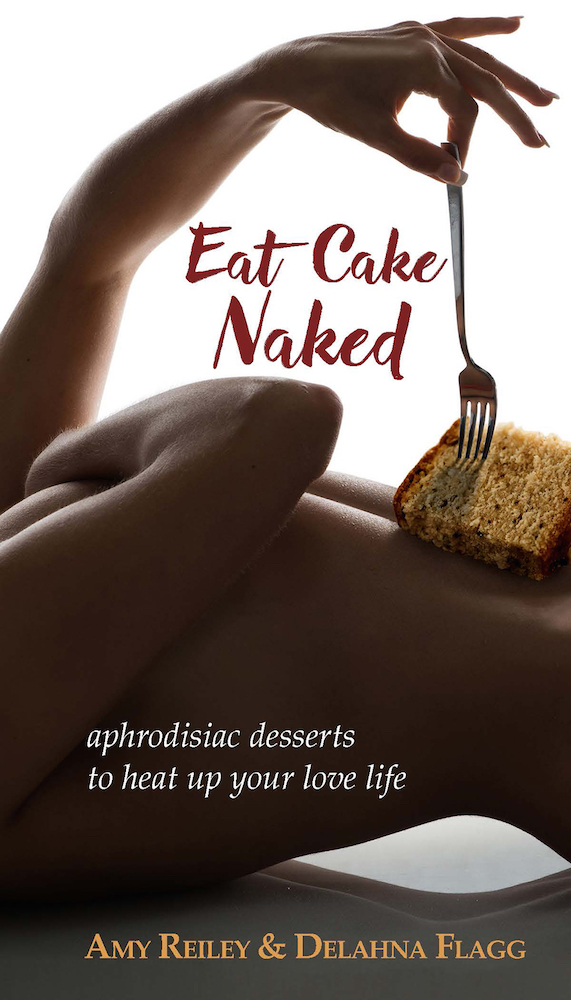 The Best Aphrodisiacs for Baking

If you love baking and you want to use your skills to light someone’s loins on fire, this chapter has everything you need to know. Here, we’ve highlighted some of the very best aphrodisiacs you can possibly use in baking, ingredients that will bring your lover to their knees. They’re the ingredients we’ve used throughout this book to seduce, delight and evoke that primal urge to tear off your clothes and eat cake naked.

Almonds–The almond is the world’s most popular nut. Even the blossoms of almond trees have served as a symbol of new love all around the world. Now, the blossoms may represent true love, but the fruit? Well, that’s pure sex! In fact, almonds have been used to put lead in a man’s pencil around the world. An ancient Chinese recipe recommended an elaborate process to transform almonds, walnuts and honey into virility pills. The Perfumed Garden, a fifteenth-century Arabic sex manual, makes a similar recommendation with honey and almonds. Today we understand that almonds are one of the finest natural sources of vitamin E, known as “the sex vitamin.” They also give the body protein for sustained energy in the bedroom, or wherever you like to eat your desserts naked. In this book, we use ground almonds as flour. But almond paste was also used historically as one of Europe’s most favored after-dinner morsels of seduction.

Apples–The apple is the original fruit of temptation. And although most biblical historians now believe that the fruit in the Garden of Eden was likely an apricot, pomegranate or possibly fig, it is the apple that remains the “forbidden fruit.” Not only is the apple still the symbol of sexual desire, it’s also the food world’s ultimate symbol of love and adoration. In Greek mythology it was the prize given to Aphrodite when Paris chose her as the most beautiful goddess. Today it is used as a term of affection for our greatest love, or “the apple of my eye.” Modern science has revealed a new reason for apples to rate among the world’s greatest aphrodisiacs, at least for women. A compound in apples, phloridzin, was found to be similar to the sexual hormone Estradiol, which plays a large role in arousal. In a formal study on female sexual satisfaction, researchers at Santa Chiara Regional Hospital in Trento, Italy found that women who ate an apple a day had greater sexual satisfaction. How ‘bout them apples?

Apricots–Like the flowers of almonds, delicate apricot blossoms are regarded as with aphrodisiac symbolism. In fact, in ancient Chinese poetry, they represented a “seducing nature.” In the court of King James I, these small stone fruits were called “apricocks.” Ladies and gentlemen of the court were known to pass out on the floor from the sexual enticement of the tiny stone fruits. At one time, Australian aboriginals were known to steep the seeds of apricots as an aphrodisiac tea and crush the flesh of the fruit on a suitor’s erogenous zones for the stimulating effect. Although it isn’t clear what originally elevated the fruit to this aphrodisiac status, today we know that apricots are loaded with the antioxidants that keep us feeling young and our blood pumping. They also contain several nutrients linked with sexual health, including iron, which is essential for women’s fertility. We use dried, Turkish apricots in our Warm Champagne-Soaked Apricot Muffins for their intensity of flavor and fleshy texture. But fresh apricots are also perfect for creating forbidden desserts. Use them in pies, crumbles and crisps. Or lightly grill and sprinkle with fresh goat cheese and almonds for the perfect ending to an early summer barbeque.

Avocado–The Aztecs, the world’s first known avocado eaters, dubbed this fruit “ahuacatl,” or “testicle tree.” We find the link between the rough-skinned fruit and this particular part of the male anatomy hilarious but it draws a clear line to where the connection between avocados and sex began. France’s King Louis XIV swore by it, insisting avocados rejuvenated his aging libido. But avocado’s aphrodisiac repute is not trapped in ancient history. Actress Mae West was reportedly an avid avocado eater, not because she appreciated a good guacamole but because she claimed the fruit helped her maintain her sexual appetite and good looks. This could be because of the high-fat fruit’s vitamin E content. Or perhaps it’s the fact that they’re rich in beta-carotene, a nutrient known for its anti-aging effects. We use the creamy texture and high-fat content of avocados to bring a unique richness to two of our desserts, the Chocolate Avocado Snack Cake and Avocado-Vanilla Bean Pot de Crème. Avocados also work well in chocolate pudding and mousse and, believe it or not, are terrific in popsicles. 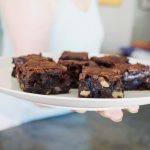